I think I've found my new favorite TN campground... :)   We went in mid October because we wanted to try some place we've never been to and it was an annual fall camp for the Volunteer Campers.  The campground has 3 bath houses spread out. They are nothing to write home about, just one shower for the men and one for the women in each, (the one closest to the lake is shared with the public, you have to bring your own soap and hand towel... fair warning)   The sites have plenty of room between them to spread out.  It used to be a self serve first come campground that has recently been turned over to a third party company to run which now takes reservations.  There is no store, but the camp hosts will sell you ice and firewood.  There is also "The Dam Store" if you need small stuff, its just up the road from the campground. 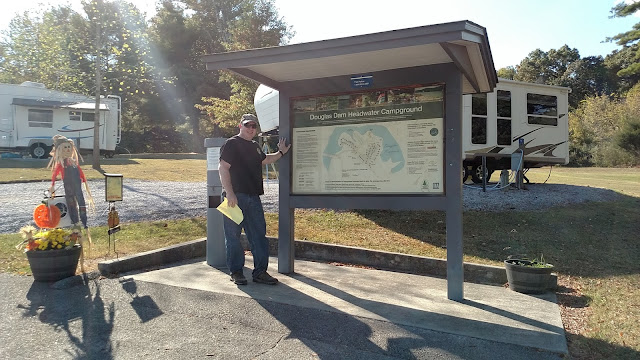 We went during the TVA's drawdown for Douglas Lake.   They lower the lake levels in the fall to prevent flooding risks in the winter and spring with the added bonus of generating electricity.   In the summer the flood risk is lower so they allow the lakes to fill to capacity. 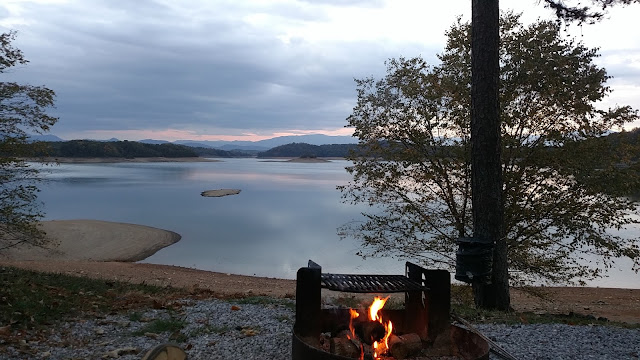 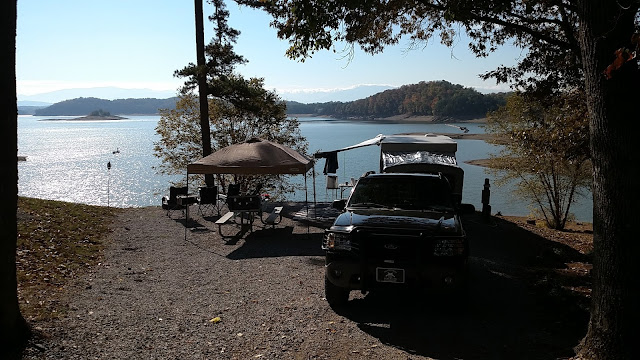 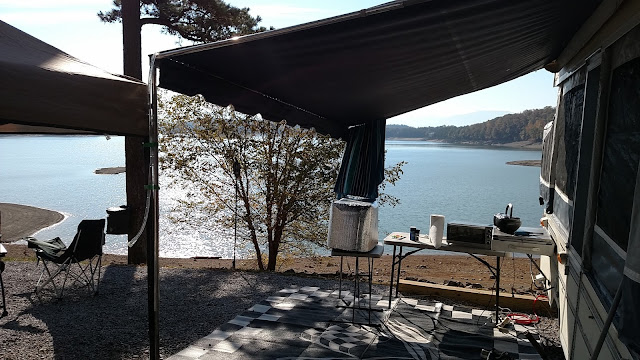 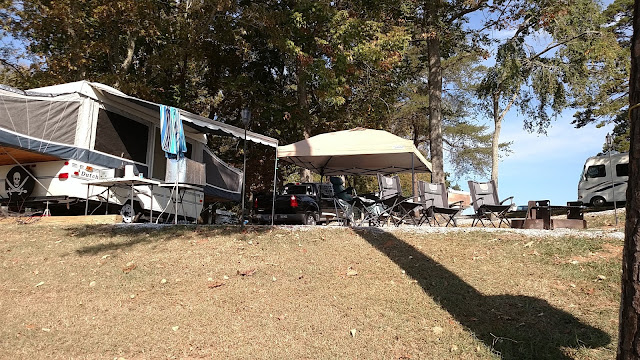 Saturday we took a trip into Knoxville and stopped at the flea market along the way.  My daughter is holding a "Sugar Glider"....  Cute little guy, even had a leash.   Though I can't imagine taking your sugar glider for a walk... LOL 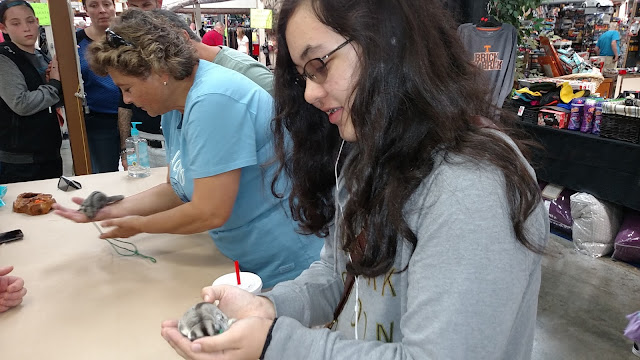 The kids never go anywhere without their music.... 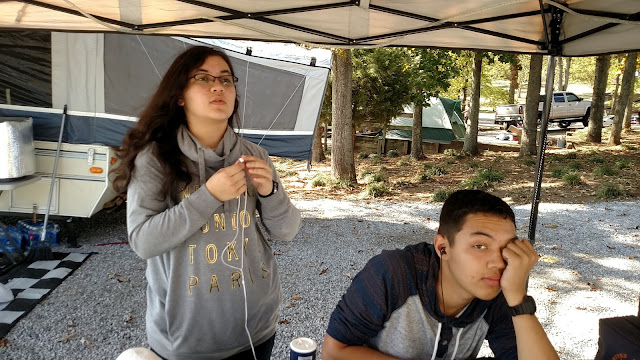 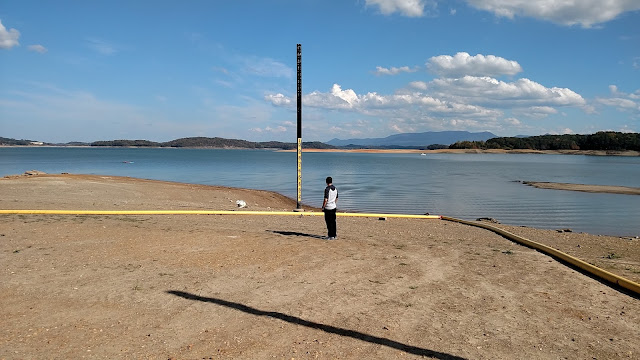 My Son is standing in the bottom of the swimming area (below you can see they do have a beach)
In the summer time the water levels are a lot higher as you can see. 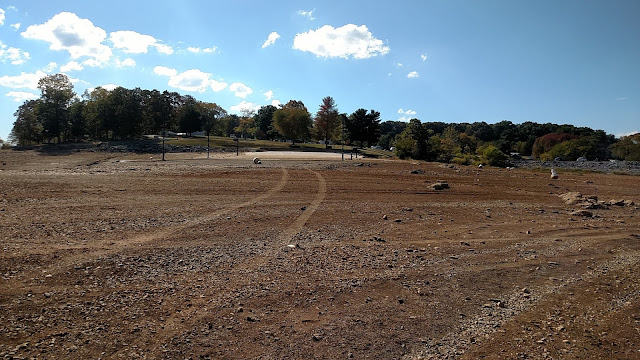 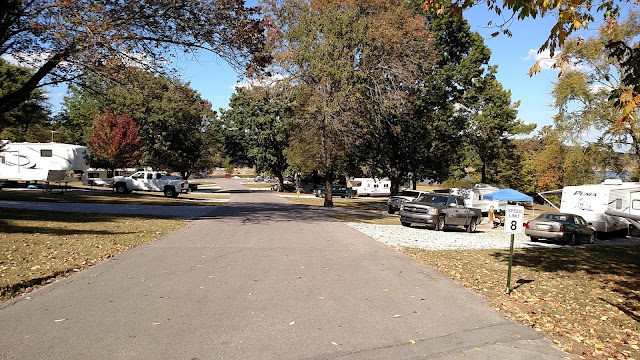 The campground is split into two sides with the boat ramp being in the middle...  (these two pictures are of the opposite side from where our site was. 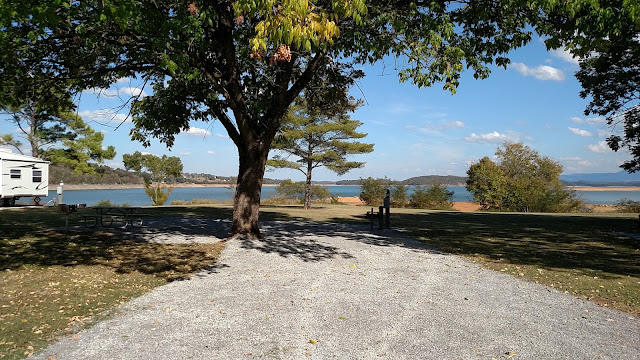 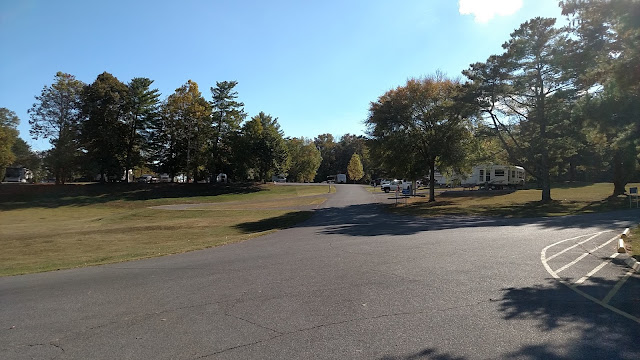 Below is the side our site was in... it has one loop and one dead end row.  Lots of shade. 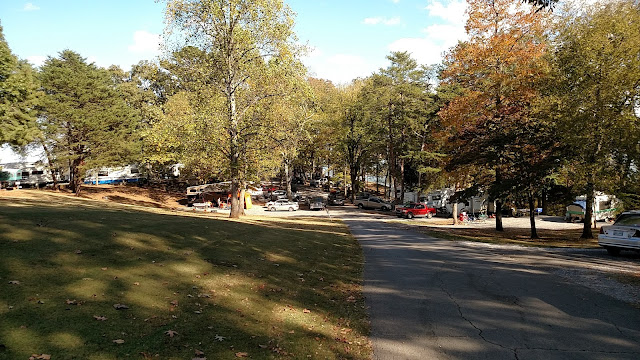 The Volunteer Campers had a pot luck meal.   We got to see some old friends and meet some new ones... Also celebrate 2 birthdays... we had a really nice time with some really nice folks... 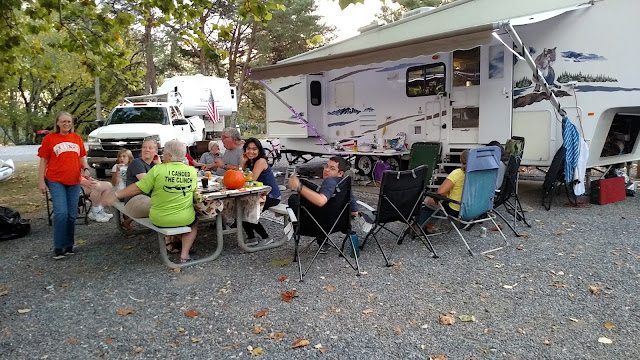 Over all we had a great weekend and the headwaters has a permanent place on our come back list....
Posted by Southern Road Trippin at 8:49 AM 5 comments: